The Big Picture: Every thing you wanted to know about lymphoedema

he lymphatic system â€“ what you should know about it The lymphatic system has three important roles: the uptake and clearance of the fluids and their contents that cannot get back into the blood vessels; the absorbance of fats (specifically long chain triglycerides â€“ more about these later!) from the intestine and the mounting of a specific defence reaction to antigenic stimuli (germs). The superficial lymphatic system is divided into a number of drainage areas (territories), separated from each other by watersheds. Each person is different however in terms of the number of major lymph vessels called collectors, their location and of course the number and location of the nodes into which they drain. The majority of the larger lymph collectors are located above the skeletal muscle, (those muscles which help you move) although the deep lymphatic system of the limbs also have them. The collectors contain the very important pumping unit of the system, called the lymphangion (these are like mini hearts). They normally pulsate at 6-10 beats per minute but can be encouraged to beat faster if the lymphatic system receives an additional load or when some medications are given If the lymph collectors from one territory are unable to drain the fluids and its contents, a swelling occurs in that area whether that be a part of the forearm, thigh or (if there are many territories involved) the whole limb or organ that the lymphatics drain. The superficial system takes on a very important role when the deeper system at the roots of the extremity or within the chest or tummy areas are damaged by surgery, radiotherapy (or some other event such as peritonitis when an appendix bursts). There are bottlenecks of the lymph collectors in the legs (at the inner ankle and knee as well as 6 the groin) and in the arm at the elbow and armpit. High external pressure, soft tissue damage (with following fibrosis â€“ hardening of the tissues) or inflammation/infection in these areas can mean a poorer outcome in terms of lymphoedema management unless alternate pathways can be opened, usually my carefully planned Manual Lymphatic drainage. . When dealing with the lymphatic system the big picture needs to be kept in mind as any current or prior event along the lymphatic drainage pathway will influence your lymphoedema risk and outcomes of treatment. These pathways can be long â€“ for instance lymph from the legs, groin, tummy and left chest and left arm and left side of the head drains into a vein near your left shoulder, while that from the right chest, right arm and right side of the head drain into a vein near your right shoulder. The distant drainage points of the lymphatics into the blood vessels (veins mostly), mean a whole-body assessment approach can often provide answers to difficult questions about sites of potential disruption to lymph flow, and thus direct and determine treatment options.

There are many differing opinions and guidelines regarding the definition of lymphoedema and of how to assess its presence and of the effect of treatment on it. Some sound international guidelines are those of the Lymphoedema Framework ―Best practice for the management of Lymphoedema document and the International Society for Lymphology, consensus for "The diagnosis and treatment of Peripheral Lymphoedema" 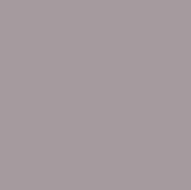 The Big Picture: Every thing you wanted to know about lymphoedema

Itâ€™s often a surprise for both you and the health professional when a limb begins to show the early warning signs of lymphoedema or actually becomes swollen. Itâ€™s difficult to predict the effects of surgery and/or radiotherapy on the lymphatic system and thus whether a limb will swell not only because of anatomical variation between individuals but also as a consequence of other prior events on the local area lymphatic system. However, as the bottom line, if the lymphatic load becomes greater than the lymphatic transport capacity then that area, whether it be associated with a small lymph collector, a whole lymphatic territory or the whole limb, will become swollen.
Some of you may also have had prior damage to their lymphatic system, for instance soft tissue injury, frozen shoulder or problematic hip joint and of course on top of this we have heart and blood vessel issues and thyroid problems, inflammatory events, heritable conditions from your parents and problems with fat deposition and its removal (called Lipoedema â€“ more about that later!), although the latter are primarily confined to the legs.
Being aware of the non-lymphatic side of the problem and directing specific treatment towards them before dealing with the lymphatic system issues is important for you if we are to achieve the best outcome for the specific lymphatic system treatment, which focuses on reducing the load on the remaining lymphatic system and/or improving its transport capacity. (I canâ€™t emphasise the importance of this point too much!) Generally, your main role is in lymphatic load management while the lymphoedema therapist should have their main concerns with improving lymphatic flow and transport.
Once lymphoedema has developed there are no treatment or management miracles, thus prevention though early detection and risk minimisation is crucial. At the moment we do have the knowledge and tools undertake this but there is poor insertion into practice.
Not withstanding this, there are some strong emerging treatment options. Once the problem of lymphoedema or its risk is detected there must be ongoing good communication with the specialist
until you are discharged to the General Practitioner (GP), and then between the GP, the lymphoedema therapist, other members of the multi-disciplinary team and yourself to achieve optimal outcomes. As hard as it sometimes is your compliance is critical if good outcomes are to be attained.